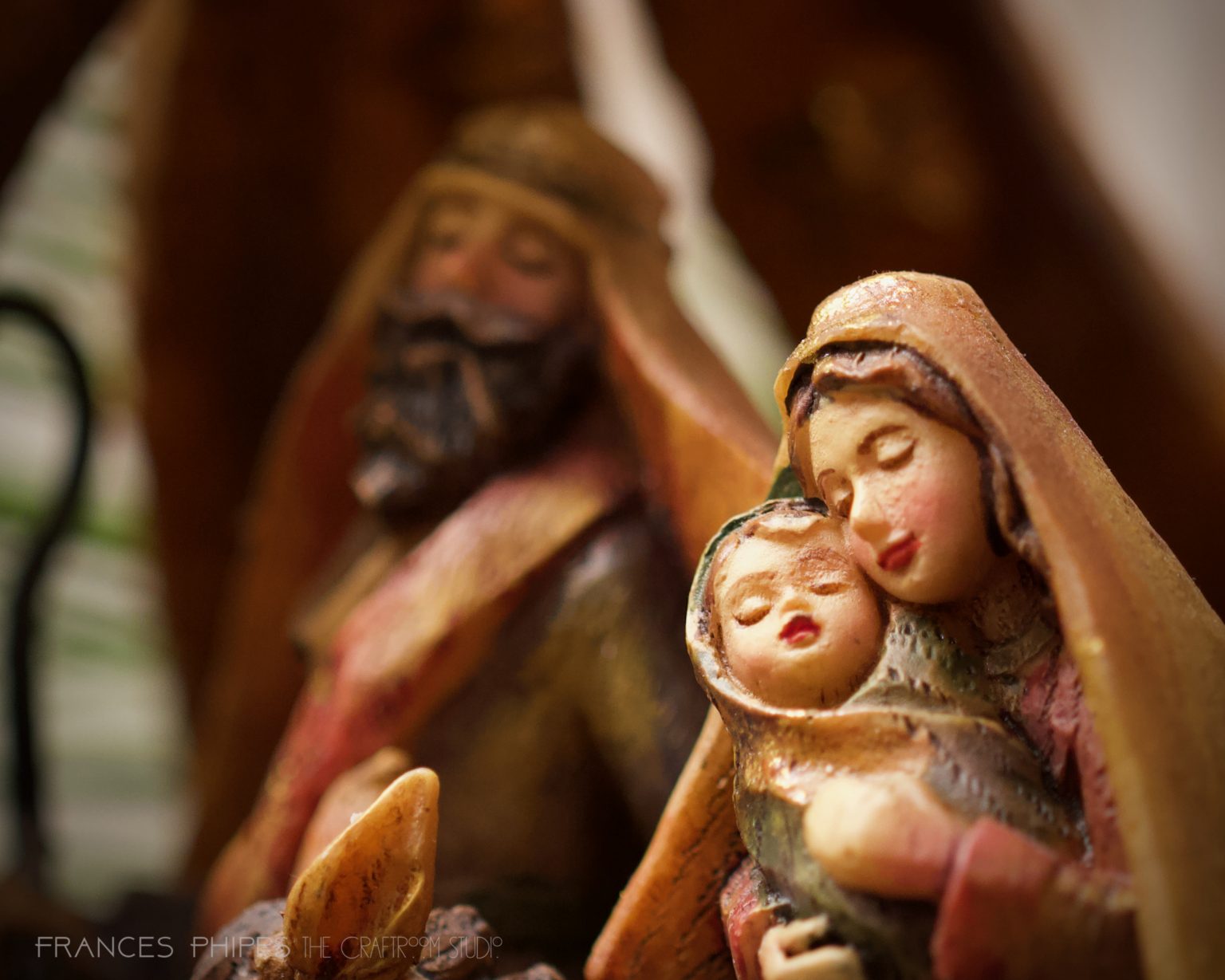 After a few years of having it on my “wish list”, I finally was able to purchase the Canon 100mm Macro Lens. Thanks to all of the family who contributed to the purchase (Happy Birthday to me), the expensive lens was finally attainable.

This lens is pretty amazing! It has fast glass (aperture 2.8 giving great Bokeh), image stabilization, and most important, it is able to magnify a subject at a 1:1 ratio. What does that mean? Simply put, the item I am photographing in real life appears to be the same size on my camera sensor. The closer I get to the subject in real life, the larger the magnification, which means a bigger image with greater detail.

This may seem like a “Duh!” sort of explanation but in reality, most camera lenses simply can not focus at such a close distance, making this lens very special and a great tool. Details which may be overlooked with the naked eye (such as the cracks in the painted hands in this image) become visible in a photograph taken with a macro lens.

As I was thinking through macro photography in general, it made me realize there is a direct correlation in scripture. Colossians 1:15 says,

“He (Jesus Christ) is the image of the invisible God, the firstborn over all creation.”

Jesus is an exact picture of the invisible God…the One who can’t be seen was made visible in the person and work of Jesus when He was here on earth. The bible declares no one has seen God at any time. However, the only begotten Son, who is in the bosom of the Father, He has declared Him (John 1:18).

As a 1:1 representation of God the Father, Jesus…

He always did what pleased the Father (John 8:29)

He did His work in the same manner as the Father (John 5:19)

Unlike the pictures taken with my camera lens, the image of God shown through the Son was perfect. The representation couldn’t be any clearer or the image any closer. When asked by one of His disciples (Philip) to show them the Father, Jesus’ response is, “He who has seen Me has seen the Father;”

So who did Jesus show God the Father to be? This is a short list from various scripture references just off the top of my head.

Jesus, God in the flesh, physically showed broken humanity who the invisible God is and what He is like. As we celebrate Christmas this month, let us reflect on an Old Testament passage pointing men to this reality, believed to have been written 700 years before Jesus’ birth.

For unto us a Child is born, unto us a Son is given;

And the government will be upon His shoulder. And His name will be called